In chapter one of Rigor Mortis by Richard Harris, I learned that scientists and there studies are not always right and what gets published is wrong. In Begley’s paper, he says that scientist make mistakes and that their mistakes and errors are actually very common and many scientist don’t even realize that they are making mistakes. Scientist refer to other peoples research and use their research for their studies and refer to them and they do not validate the underlying result. Most scientist have had a hard time reproducing a study and the conflict was never resolved. Since there is no funding involved in checking someone else work, they do not do it and find out that there is errors in their studies years later. According to Leonard Freedman’s nonprofit Global Biological Standards Institute, 20 percent of studies have untrustworthy designs, 25 percent use contaminated ingredients, 8 percent use poor lab technique, and 18 percent of the time they mishandle their data analysis. There is 28 billion dollars worth of untrustworthy papers produced every year. Scientist are wasting their time and wasting our tax money, each year scientist are asking for more and more money and misusing that money by skipping steps in their labs causing their results to be effected, for example sometimes they skip washing their hands or not cleaning their utensils properly changing the outcome of the expected results. These misleading results in their laboratory research are slowing down their process of searching and finding new treatments and cures. If their clinical studies are flawed because they are missing steps they waste millions of dollars and waste years. The rate of new drug approval has been falling since the 1950’s and in the year 2040 drug development will come to a halt and developing drugs will become more expensive. To prevent any mistakes with their research, they should ask important questions before they start their experiment. According to this article, there are ways for scientist to find trustworthy and reliable data that they can use. The article says that some problems with other scientists work is that they manipulate their data until they get the results that they want and “sway” data to get more impressive results then what they already have. Another problem they have is that fewer researchers are fact- checking their work. Every year, the Unites States government spends about 70 billion dollars on non-defense research and 85 percent of research is a waste of time. 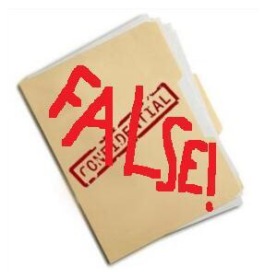