“Slusher said it also soured the pharmaceutical industry on putting too much faith in animal studies.” This is a statement from Richards Harris’ book Rogor Mortis, chapter 4, in which I strongly agree with.

In this chapter, Richard explains numerous experiements I. Which kice, rats, and even monkeys were used for  experimental  tests for later when scientists decided to test on humans. Way back when scientist first decided they needed to test more medicines to see if they worked, they had to test it on something other than humans incase it didn’t take work and someone died. Eventually someone came up with the idea of testing whatever they needed on animals.

It all started in 1993 when a researchers trying to find a new drug for hepatitis B in which it occurs in your liver. Doing more research of the compound called FIAU, researchers found that it could work. Eventually the researchers got to testing this new drug on mice. A few tests went by and the new drug for hepatitis B was working wonderfully for it these mice. Since it was working so great for mice researchers decided to take a few steps further and start testing on monkeys which is A few steps closer and closer to testing it on humans which was the goal. I’m sure you can guess that the drug was working on the monkeys as well. Finally the scientist came to testing this new drug on human  and it failed. Scientist tested 15 humans and only two survived. This was only one of the many experiments tested on mice that were tested on humans eventually and never worked. From this experiment we can tell that testing lice can be very different from testing humans. Another famous example is when scientist conducted twice experiments with five and 85 animals that were mostly rats. Scientists and researchers were looking for a drug that protected the brain from when you have a stroke. Of course this drug work tremendously for the animals and later Ron scientist went on to test more than 3300 people who had just suffered from their own stroke. This was another experiment that had dramatically failed. And you can from reading just these two failed experiments that testing drugs on animals before humans mostly doesn’t work.

In conclusion, I disagree with the idea that testing new drugs on animals to then test on humans works. There have been many research studies in which this case does not work. Human body system versus a animal by system is very different, we both work differently into many different ways to be accurate enough for a new drug. With the new technologies we have to day I believe that there should be new ways and ideas to test out new drugs and cures on anything other than animals before tested on humans to get better and more accurate results. 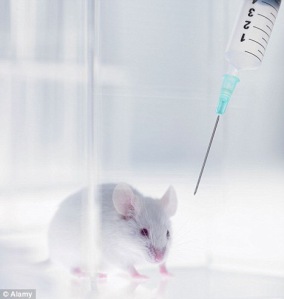