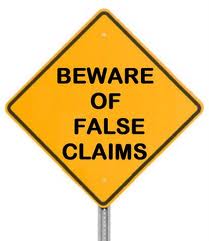 After reading the last chapter of Rigor Mortis, “Inventing a Discipline”, I learned about a new type of research. Meta-Research. Now, Meta-Research isn’t the study of Metahumans like on The Flash… The scientists who do Meta-Research basically do research on research. They try to find different ways to make research better which is something I’d say we definitely need now looking back at the chapters I’ve previously read. As Goodman stated; “Most of the time what we find out was that the data were horrible,” (Pg 218) He also stated that most of the time they would honestly conclude that despite all the data, they didn’t know what was going on. This conclusion to me was definitely a shocking surprise, I would always come to think that scientists would come to a certain conclusion using their correct data. I didn’t realize there was even research on research but this is obviously an important study someone out there should do.

I also came to learn that scientists were still citing their original disapproved study, as Goodman said “This is one major reason why having lots of false results circulating in the literature is not a good idea. These results get entrenched. You cannot get rid of them,” (Pg 220) This is, in fact, true because there are some people that don’t even know what they are dealing AKA disapproved data!! But end up using it anyway. We should have some sort of online fact checker to make sure the data is correct or to tell you whether it was done today or is centuries old. I myself did some outside research to look for any situations like this and found a forensic drug case. 34,000 criminal cases were questioned, Scientist Annie Dookhan was found to have falsified records on the case. She forged signatures and did not perform the research. She pretended to be her patients and made up her own data. This ended up getting people wrongly imprisoned as well as the people who were rightly accused to be freed. I personally think that this situation is awful! Imagine being imprisoned for something you didn’t do but “Facts” say you are guilty? All because a scientist falsified records on your case. I always thought scientists were super smart and always knew what they were doing, but thankfully people like us started to question scientists and they are hopefully getting better with their research. If scientists don’t keep up with their research imagine how much money is going towards their false research and work? I found the following;  Data from ongoing surveys by the National Science Foundation (NSF) show that federal agencies provided only 44% of the $86 billion spent on basic research in 2015. They still used “Only” as if it were too little for the type of research they are doing. Incredible.