At the beginning of this chapter Richard harris starts off the chapter strong saying what he thinks ” Each year about a million biomedical studies are published in the scientific literature. And many of them are simply wrong.” (Pg 7) When I read that one sentence I was instantly hooked on because I knew this book was going to talk about the science world and how it’s not accurate sometimes. I like when people talk with the truth and I just knew this book was going to make me learn new things and see things with a different perspective. 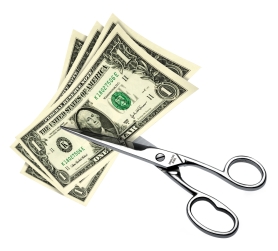 Later on in the chapter another statement was said “Begley insisted that the first step of any research project would be to have company scientists repeat the experiment to see if they could come up with the same results. Most of the time, Amgen labs couldn’t. That was duly noted on the dossier, the case was closed, and the scientists moved on to the next exciting idea reported in the scientific literary.” (Pg 8) When I read this I didn’t believe it at first I had to stop and think about it. Then it did make sense to me because every time I unlock my phone or turn on the Tv there’s always something new that has people freaking out on social media. It all made sense, every week there is always surely something new. Turned out it’s not easy because if you think about it nothing is free. So it made me wonder what did they do to the money they used? Was it payed back? Does nobody else notice this?

Not only that but scientists are also known for being un organized and it’s true they’re all over the place. First they say one thing and then another and so on. I do understand it’s hard having to be pressured to do it right and then billions of people are waiting for an answer. Scientists should really take their time and do things right instead of putting false information out there because at the end of the day the truth will come out just like it is now.