Hello, I am back, and this will finally be my last blog post, I am relief but a little sad. The Challenge of Precision Medicine had me thinking a lot, specially because I am a very organized person and want things to be all the same and have the same instructions. As I was reading chapter nine I was noticing how the people in the chapter handled the way they did an experiment differently, but they always did it the same so they would be able to get the same exact results. I feel like I would do what Barker did, assemble compendium that would map out genetic changes in various cancers. One of the cancers they talked about was breast cancer. I used to know someone who had breast cancer and was fighting it and eventually she won her fight against cancer. She had to go through a lot of medications and new drugs. Just like chapter nine says “… women were receiving an expensive drug that was not only worthless to them but also side effects.” (page 199) She would have to take her medications that were expensive and sometimes they didn’t help her at all.

“The combined efforts cost tens of millions of dollars and constitute the largest public collections of genetic and drug data in the world.” (page 205) This sentence stood out to me because before this I had read that another team had done a similar experiment. Why are they wasting so much money just to screen twenty four different drugs in nearly five hundred cancer cell lines? I was getting a little mad because I thought they hadn’t found any useful research but they did. Now I know why it takes so much time and money on a few experiments, because if they want to reproduce it again or get the experiment right they need to be precise. Scientist need to make sure they are collecting, handling, storing, and analyzing a tissue the same way every single time and making sure they are doing it correctly. It might also take time since there are new pathologists that need to learn how to handle a tissue correctly. In my opinion I think all scientists and pathologists need to learn new ways on how to handle tissue better, I think if a tissue is fresh when it is being analyzed then it will have better results and be more accurate. “Nobody does it the same way.” (page 203) It is true nobody does anything the same and there is no easy way to impose them on an entire field with lots of doctors, scientists, pathologists and many more. 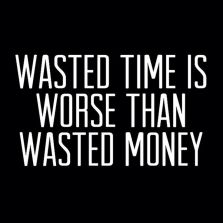 One thought on “Germ of a Research Initiative – Leslie O.”