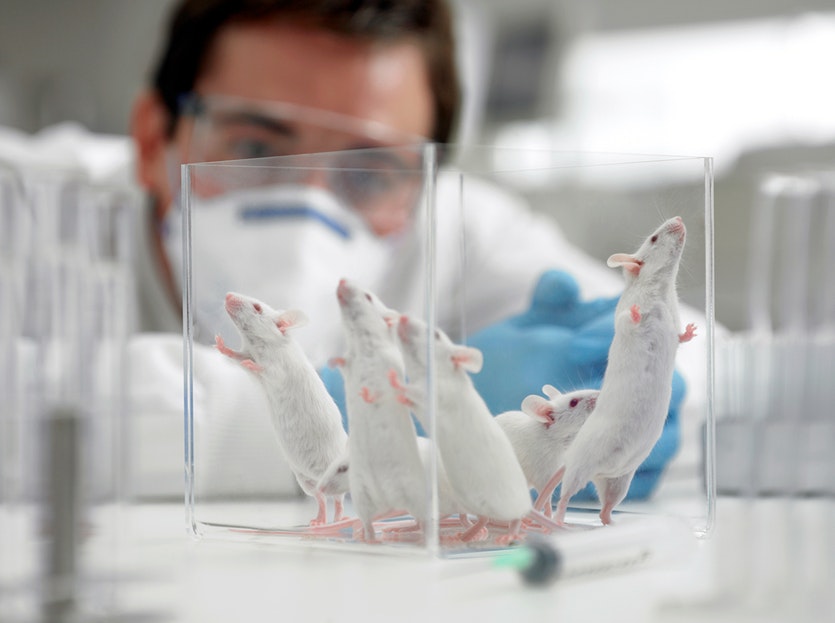 “Imagine that I was testing a new drug to help control nausea in pregnancy, and I suggested to the FDA that I tested it purely on thirty-five-year-old white women all in one small town in Wisconsin with identical husbands, identical homes, identical diets which I formulate, identical thermostats that I’ve set, and identical IQs. And incidentally they all have the same grandfather. That would instantly be recognized as a terrible experiment.” (81)

While reading the chapter “Misled by Mice”, I was overwhelmed by information about how “lab animals just small, furry humans” and other excuses for why animal experiments did not go as planned. I had read all of this information, but deep down I knew that there had to be a better answer. And then I read this quote. For me, this quote shows just why scientists were getting such different results between human and animal experimentation. It’s all about conditions.

Page 79 details the environments in which these lab animals are kept. There are cages stacked on top of each other in sterile, white rooms. These “genetically perfect” mice are ripe for tests and experiments but one thing is missing. Reality. One of the reasons that these animal tests differ from later human trials, is that humans are not genetically perfect. We are not constantly kept in sterile conditions and our food intake is not closely monitored. “[Joseph] Garner is trying to convince his colleagues that it’s much better to embrace variation than to the yourself in knots trying to eliminate it” (81)

The conditions that the animals are kept in is also largely inhumane. Rigor Mortis tells of animals in horrible states of anxiety and stress. These environments can invalidate experiments with these animals. Anxiety and stress can lead to immune suppression and thus, compromised experiments.

Millions of dollars are being poured into experiments that are possibly being tampered with by hostile conditions. The experiments, like the title of the book says “Creates Worthless Cures, Crushes Hope, and Wastes Billions”

2 thoughts on “Misuse of Mice- Amelia B”