ASL is a disease that reduces muscle mass until death. Many fundraisers toward the treatments are useless. The ice bucket challenge raised $100 million during 2014 toward this deadly disease. However, “The search for a treatment for this deadly degenerative disease is a rife with studies so poorly designed that they offered nothing more than false hope for people essentially handed a death sentence along with their diagnosis.” pg 53. Many research for disease like this are fueled with loved ones in desperate need from the disease. By doing this they often skip important steps.

When testing the cure for ASL they learned learned that the original animal studies used to test the drugs were very flawed. “They all used far too few mice, and as a result they came up with spurious results.” pg 55. When they started to use the right amount of mice they found out that the drugs had no effect. After this work was published, ALS TDI would devote its effort to doing basic biology correctly. Later in the experiment the learned that female and male mice develop the disease at different rates, so if the sexes aren’t balanced in the experiments it can lead to, once again, spurious results. Another problem with using mice to create cures is that the disease can change from one generation to the next. From this you must check to make sure that the genetics are identical so it does not affect your results. Steve Perin had common sense, his group uses 32 animals and compares them to another 32 untreated. But each of these tests cost $112,000 and takes 9 months to get a result. If your testing different doses it costs more because each one needs its own test. So many scientist are tempted to cut corners. By cutting corners they waste even more money making the funding companies more resistant to heavier experiments. You must have careful leg work.

The way I see this is that many scientist receive money for any research they do while complaining about not having enough funds. The reason they do not have enough funds as much as they want because they are constantly taking shortcuts and causing their experiments to fail which is making money flow…down the drain. Cutting corners can also be very lethal. Scientist who take short cuts on their original animal studies then began a trial on humans. The research has a very low chance on being correct. “Humans were being put at risk based on that kind of data, ad that took my breath away” said Francis Collins in Richard Harris’ Rigor Mortis. So taking shortcuts now days, is loud solid no. 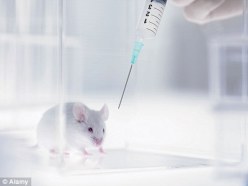