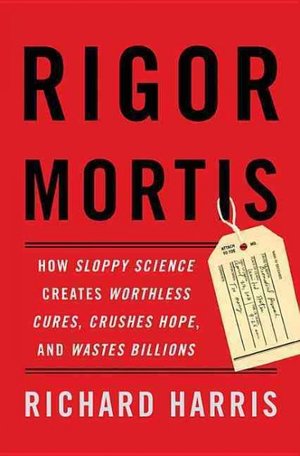 Something I found the surprising while reading the intro and first chapter of Rigor Mortis was the decline of newly invented medications in the health world.. “We’re already experiencing a slowdown in progress, especially in biomedicine. By Casadevall’s reckoning, medical researchers made much more progress between 1950 and 1980 than they did in the following three decades. Consider the development of blood-pressure drugs, chemotherapy, organ transplants, and other transformative technologies. Those all appeared in the decades before 1980.” (pg. 17-18). It was a big illumination on reality because I had always known only a certain side to “scientific discoveries” in media portrayal. The media always shows science as rapidly innovative, getting closer and closer to finding a cure for this, almost done improving this, and overall conveyed a sense of hope for many people. Although some of it has been achieved, the book’s first chapter really opened my eyes with it’s information on what’s really happening to see that we lack a sense of the truth. I feel like this less-acknowledged side of the medicinal world should be spoken about as regularly as we talk about advancement and new or improved discoveries.

An incident in what claimed to be a stem-cell discovery proved to a lack of research and a real understanding of what was going on. “Morrison wrote in a scientific editorial, noting that scientists are sometimes too eager to rush forward “without ever rigorously testing the central ideas.” Under these circumstances dogma can arise like a house of cards, all to come crumbling down later when somebody has the energy to do the careful experiments and the courage to publish the results. Scientists concerned about this problem in biomedical research have come to call it the reproducibility crisis.” (pg. 24-25). Rigor Mortis by Richard Harris goes further in depth about how sometimes there is a strong desire to be “#1” at something, and although it is not always bad it drives scientists to not be careful or rigorous enough in what they’re doing.

This means that preventable mistakes are not avoided and as a result findings may be inaccurate. Additionally, previously done research may not always be double-checked or looked into enough to confirm that the information used is immaculate in accuracy. An article on The Conversation suggests that being more open about discoveries or new research as soon as possible and sharing that would help improve the situation. Taking more time to be careful and rigorous with research and conducting experiments will help science keep moving forward.