Chapter one of Rigor Mortis really surprised me. If one scientist published a paper about a new break through, then when other scientists tried to duplicate that theory, and it couldn’t be reproduced, the scientists still posted papers about their findings and that it worked. Like the process of transdifferentiation, where bone marrow stem cells could spontaneously transform themselves into cells of other organs. But when scientists started working on transdifferentiation, the process wasn’t easily replicated.  Scientist Amy Wagers worked on transdifferentiation, and to see if the process could work, she irradiated mice to kill of their bone marrow, then injected them with a single bone marrow cell from another mouse, and the glowing green cell did divide into a series of bone marrow cells, but didn’t transdifferentiate into cells of other organs. Wager and her coworkers observed millions of cells in different mice, and still found no evidence of transdifferentiation. Wager had concluded that “transdifferentiation is not a typical function of normal stem cells in bone marrow.” Even though there was evidence that transdifferentiation was something that was a normal function, other scientists kept publishing their results about transdifferentiation. They thought that those results could build up their case for transdifferentiation, but it didn’t. According to Sean Morrison, a Howard Hughes Medical Institute investigator at the University of Texas Southwestern Medical Center; ” Most of these studies turned out to not be reproducible,” and that “This episode illustrated how the power of suggestion could cause many scientists to see things in their experiments that weren’t really there and how it takes years for a field to self-correct.” Morrison wrote about how scientists rushed forward “without ever rigorously testing the central ideas,” and that because of that, “it can all come crumbling down when somebody has the energy to do the careful experiments and the courage to publish the results.” When scientist use suggestions to find things that aren’t really there, and publish those results, it can cause false hope if those results pertain to a disease or a certain condition, that doctors can’t cure. Biomedical research is supposed to learn about disease or the processes of disease so that they can find a cure or a treatment for medical science so that they can improve human health. The goal of biomedical research isn’t to rush through tests and experiments for something that might not be normal. By publishing results, like the results of the transdifferentiation, that isn’t something you could duplicate, it can provide false hope for patients with conditions that are considered incurable. 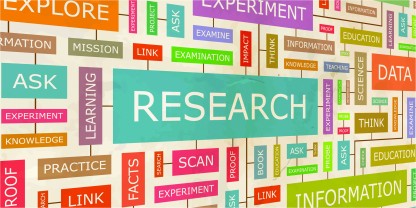