Hello, for our DAP project, we (Pattie A, Thalia G, Celeste G and Izzy V) have paired up with the Mother’s Milk Bank here in Austin, Texas. Our task is to create a more efficient work flow in the MMB organization. Our team name is Flo (Future like ours) we felt we are the generation to help the world, one project at a time. At the Ann Richards school we have learned many different ways of positively impacting the world and we have been provided with multiple tools to aid us. Team Flo took a year-long course on how to use construction tools, and we have taken three years of STEM (science, technology, engineering, and math) courses. 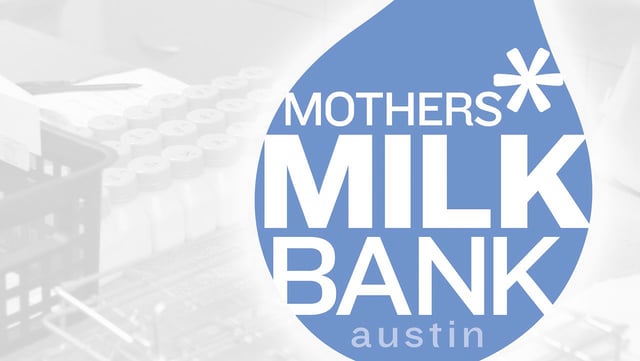 We were presented with multiple options on what we felt was a good project for us. We were all very intrigued by the proposition of helping Mother’s Milk Bank to better organize their facility for easier access. We felt it a befitting project for us to tackle. All members of team Flo feel a passion for organization.

Receiving breast milk from the mother has many benefits for the infant. For example, breast milk contains disease fighting substances, which protect and help a child fight off viruses and bacteria during and after the breast feeding range. In general, a mother’s breast milk is the best choice when it comes to feeding an infant, as mentioned in Scientific American, “The benefits of breast milk for babies are numerous. Lower rates of childhood obesity, decreased incidence of asthma and even better brain development are all linked with drinking more of mother’s milk in infancy…” Typically, a mother who is able to produce breast milk feeds their infant for at least three – six  months, or longer, though the recommended amount is about six months.

Many mothers are unable to breastfeed at times due to the possibility of passing on diseases, medications, problems with the baby, discomfort and overall health concerns. In most cases, the reason as to why many mothers don’t breastfeed is due to the fact that the mother simply cannot produce enough milk, as stated ; “… the release of the hormones estrogen and progesterone, which in turn stimulate the complex biological system that makes milk production possible.”

Due to this, many mothers risk their child developing in unhealthy ways. Though formula is a safe form of feeding an infant and is a good choice if a mother is unable to breastfeed, it does not contain the same amount of natural vitamins found in a mother’s breast milk. Depending on the child and type of formula, some may have challenges of being unable to digest the milk, thus producing diarrhea and often high amounts of gas.

One large study by the National Institute of Environmental Health Sciences showed that children who are breastfed have a 20 percent lower risk of dying between the ages of 28 days and 1 year than children who weren’t breastfed, with longer breastfeeding associated with lower risk.

This year, we will be partnering with Mothers Milk Bank Austin, to help them increase the workflow of their new facility. Mothers Milk Bank was created in 2000, with the mission of donating breast milk to hospitals in the central Texas region. After 17 years of helping mother and babies, Mothers Milk Bank has dispensed over 4 million ounces of milk, which will help many babies in central Texas. However, not everyone has access to the milk because the efficiency of the facility was not at full capacity. Still, preterm births are the cause of nearly 1 million deaths in the year 2015 according to the World Health Organization. Now, they are moving to a new facility where they need our help to increase the production and storage of even more breast milk to affect a greater amount of mothers and babies all over central Texas. If we are successful in our endeavors to increase the workflow, more babies will be able to receive adequate nutrition, and will go on to live healthy lives.

If you feel as intrigued as we are to help Mother’s Milk bank, go to their online page https://www.milkbank.org/ and help to donate milk, time or money.

“I know that without donor breast milk, Hunter would have died. His little tummy couldn’t handle the formula, and over time I was no longer able to provide my own milk for him. Today, Hunter is a very happy 20 month-old! It’s still a bumpy road, yet we’re seeing great progress. I am so thankful for all of the milk donors. You gave my son a chance at life, and for that I’m eternally grateful!”

You can help babies such as Hunter so don’t hesitate and ACT!

One thought on “Flo-Future Like Ours By: Celeste G, Thalia G, Isabella V, and Pattie A.”