I like that they had an easier way to deliver babies called Dammerschlaf or twilight sleep in Germany it  was a type of drug that put them into a woozy forgetfulness trance during the birth of the child.

“Ms. Stephanie coontz said that women were going out with men without chaperons, bobbing their hair, smoking cigarettes, wearing make-up, and learning the tango they  were starving themselves to fit into fashionable clothes, talking about sex and having sex and in between 1/3 and 1/2”(79)

Women’s internal boycott where the women had anti maternal thoughts  and was passive-aggressive, wanted revenge on her husband. Fear destroyed female hormone that squashed fertility

“The pundits also said that the way a woman coped with her pregnancy and delivery predicted the kind of mother she would become. A mother who was awake during delivery and held her newborn immediately afterward would raise a normal, nurturing family. If you could not cope with childbirth , maybe you could not hack motherhood.”(112)

I think that that was a weird way of telling who will or will not succeed in motherhood because not all people are the same. It takes a little more research to prove it was right.

“Between 1966 and 1969, a rare form of vaginal cancer called adenocarcinoma of the vagina struck seven young women. When vaginal cancer does occur, it typically strikes the elderly. In this cluster, the oldest patient was 22, the youngest was 15.”(143)

I think that it was a bit weird that girls ages 15 were already pregnant back then but I found it weird that I did not know what vaginal cancer was before I read this but it does say it is very rare among women and only occurred to the elderly which it kind of sad because they are already old. 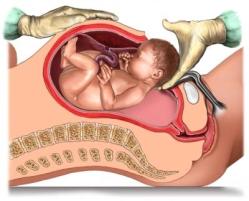 I think that the first women who had a cesarean section was really brave and ahead of her time. I also like the fact that her husband was with her every step of the way and supporting her choices. Back then they wanted a “natural Birth” but there were so many risks like vaginal tears, even though they found a cure for it. I think it might of hurt a lot after giving birth so where they did the cesarean section it was gaining more popularity and the women who had a cesarean  section birth and was pregnant again wanted to have a child through the “normal way”  the doctors worried the small cut made in the uterus would complicate the birth in the child and be dangerous for both of them.