While reading part 1 of of Get Me Out by Randi Hutter Epstein, everything came as a shock to me because I never thought that a book about pregnancy would be this interesting. I’m not going to lie but I honestly thought that this book was not going to be interesting, but it is the total opposite of that. I always thought that I knew everything there is to know about pregnancy. I thought that there can not be much to pregnancy but I thought wrong. From older tools to painful procedures that caused deaths.
It all starts with Soranus and his definitive book. Some parts where I read about his ideas/thoughts that were way different from ours today.

“Soranus thought moderate drinking a good thing, but too much was dangerous”(8).

He thought that moderate drinking was good but too much was dangerous. Us today, do agree with the part of it being ‘dangerous’ but we also say that drinking while pregnant is bad for the baby in general. I find it weird how he thought it was good. Back then was there no complications with the baby when it was born because of the drinking? Did it not have any dissfigurations or illnesses as it is said to happen if you drink while pregnant? Reading part one I can see how their thoughts were way different than ours now a days. 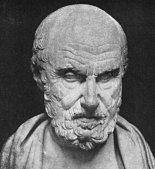 In part one it also talked how the procedure of giving birth and how it has many ups and downs. Dr. Sim’s is the mastermind yet cruel person behind the success of repairing holes in the vaginal wall. He used slaves that were going to give birth or that already gave birth to research and try and fix holes in the vagina walls. I was surprised on how they were treated. I know he meant good but treating people like that? Even though they were slaves he shouldn’t have put them through such unsanitary conditions because they could receive an infection, which some did and died due to their environment. Dr. Sims is said to have operated many times on Betsey, Anarcha, Lucy and many others but some of his ideas have killed and almost killed the others.

“How do you regard a man who performed such freakish experiments on  women, but still made great strides for women’s health? Is he a hero or a villain?”(47)

This quote really made me think because it is something many people would stop and think about. I would consider him neither because did help the women population by being the first person to successfully do the procedure right. But he did mistreat the slaves in a complete different level from beating(s) or other things slave owners would do to slaves. Overall, to me Dr. Sims is nothing more than a successful doctor in the area of women ‘pregnancy’. Some one who succeeded compared to all the others who tried yet failed.

But unlike Dr. Sims who is neither a hero or a villain, the chamberlen’s do fall into villains. They would not share their tools in order to save other women in need. They had the choice to share the tool or to keep a secret, and we all know that they kept a secret. They cared more about their status, reputation, fame, and money. Instead of being life savers they were life enders. They ended many birthing mothers by not sharing their tools that made labor easier and much more less stressful. In other words they were also murderers in a sense, because they just let the deaths happen with out any hesitations.