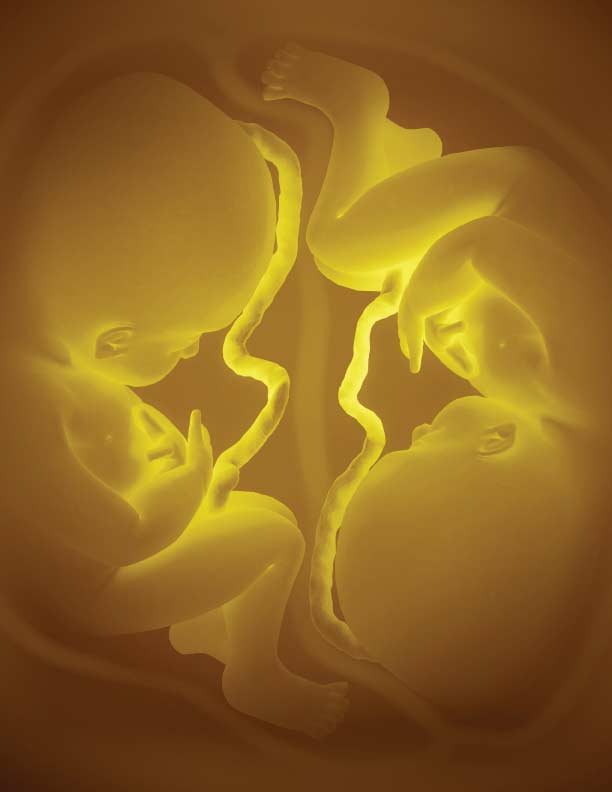 Imagine yourself growing up and never wanting anything else but a perfect family. Your ultimate goal always being the idea of driving your kid to school, feeding them, dressing them, and caring for them like no other human being ever will. But imagine if one day you were told that your dreams of having a child were banished and completely down the drain. How would you feel? What would your feelings be towards all those women who abort their child or decide to reduce their pregnancies? Please allow me to inform you a little bit more about fetal reduction and the down side to it.

“As the number of triplet and higher order births has increased dramatically, more and more physicians are urging parents to avoid them.”

To start off, I would like to explain what fetal reduction is. Well, fetal reduction is commonly know as the two-minus-one pregnancies which is when an individual decides to terminate the life of one of the fetuses when they are expecting more than one. In most cases, individuals usually tend to undergo a fetal reduction when they are expecting twins. The most common way of having a fetal reduction is through a trans-abdominal which is a process that is done through the belly of the mother. During this process, the doctors use an ultrasound as a guide to tell the babies apart. Once the doctor has figured out which baby will survive, the doctor injects the other child with a solution which consist of potassium chloride which eventually stops the heart of the baby. Personally, the idea of terminating any pregnancy no matter the amount of fetuses seems a bit wrong. But, terminating a pregnancy with two or more fetus seems even worse. Imagine looking at your child’s eyes and telling them that they were in the womb with another human being but they (the other fetus), was not as lucky as they were.

“…a procedure which she described as “like an abortion.” -Patrice Sullivan

Fetal reduction was an innovation which began in the years of 1980’s with the idea of being able to save the life of the child and the mother. As times changed, so did the amount of multi fetal pregnancies. Fetal reductions increased as the numbers of multi fetal pregnancies did. In other words, as the levels of twin, triplets, quadruplets increased, the more the procedures were performed. Over time, the procedure was performed in different manners which allowed the risks to increase. Despite the fact that the fetal reduction procedure is usually done between the first 9 through 12 weeks, it has been proven that individuals who undergo fetal reduction can increase the possibility of having a miscarriage or killing any additional fetuses.

In conclusion,  fetal reduction is most diffidently not a good choice due to the fact that it can cause a vast majority of problems. Some of the major problems include complications with the remaining fetus and with later pregnancies. By undergoing a fetal reduction procedure, you may risk the possibility of having a miscarriage, as well as having birth defects with the remaining fetus or in extreme cases, being unable to get pregnant again.