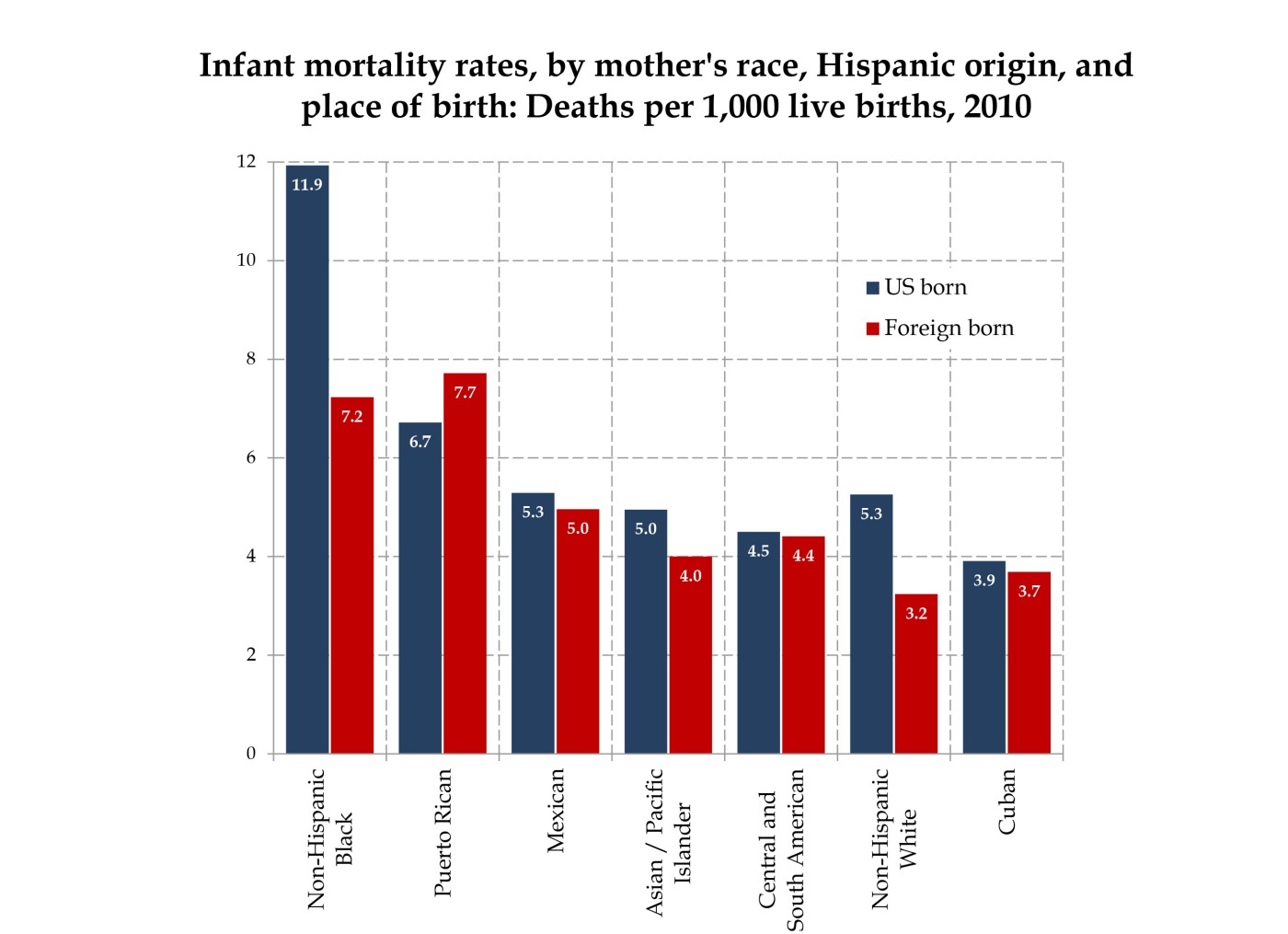 I believe that race and class has a lot to do with the childbearing scene. Black women have a higher infant mortality rate than any other race. Whites, have the least infant mortality rate than any other race. Race not only affects the mortality rate of children, but as well as other things such as becoming a pregnant teen, being more fertile than others, higher birthrates because of what is going on where people live, having a healthy lifestyle while being pregnant, and being healthy before and after conceiving, and different statistics in the number of spouses that were present in the delivery room.

In the past slavery and segregation days, black women did not have the care necessary to have a healthy pregnancy and labor. Even though pregnant, women slaves still had to work in the brutal conditions just like everyone else. And then when everything was segregated all the colored women got no good hospitals for their children, and no good hospitals for themselves when they are in labor, and not having good prenatal care and having as good as help with the pregnancy as others, which means the chances for the baby’s survival was less than a white womans.

Teen pregnancy is also a factor in this. According to a bar graph, the highest rate of teen pregnancy is within the black race, and once again the least is with the white race. There are other statistics like obesity in black women before and after having a child. There are even differences when it comes to spouses present when the baby is being born. White women had the most spouses present, and the black women where the ones whom would have like to have a doula present as she was giving birth. Black women were the race to say right now in the present that they had a healthy lifestyle while being pregnant.

In a different article that I read it states that hispanic birth rates are higher than white birth rates because of immigration. Hispanics are more than a quarter of the united states younger population. The article goes as far to say that because of the growing rate of Hispanics whites may become a minority in the United States. It states as well that a reason for the higher child-birth rate in hispanic women is because they are more fertile than the white race.