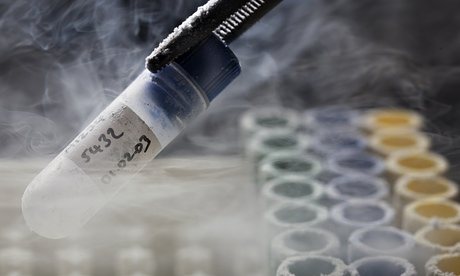 When reading the chapter “Sperm Shopping”, there were a lot of things that I didn’t think were such a big deal. For example, tracking down the man whose sperm you used. You would think that having the bundle of joy you wanted was the part that really mattered. But,  unlike today, appearance played a part in the process of sperm insemination. In the chapter “Sperm Shopping” a lot of interesting points came up. Right now, I am going to name a few, but I will explain them further later on. Some points that interested me were how women fascinated over their donor, and the dramatic need for screening the male sperm donors. These are only some of the many points, but they will be the points I want to talk further about.

A line that caught my attention was “He’d be the perfect specimen is he were donor 3536” (pg.203). As I had said early, most people who go through the process of getting a sperm donor want a child, not anything more. I am not saying that it is wrong to put your imagination to work and think about what could be, “the father of your baby”. But why give it so much time of your day? In the 1970’s-1980’s websites that helped you choose who you wanted, or helped you have an idea of who your sperm donor is. Comparing the thinking of women back in the 1970’s to the women now, there are a few differences I can clearly see. Women now think of the sperm insemination process very seriously. It takes time to be 100% sure about this decision. Based off of the line on page 204 that states, “..it appears fun at first glance.”, we can assume that many women took much time to look at the many available websites about sperm donation. Now we can be glad that sperm insemination has become more of a serious decision.

Moving on to the next topic that would be sexually transmitted diseases, in other words, STD’s. After the 1980’s there started to be more cases of HIV and AIDS, and as predicted, women did not like this so they slowly started to travel away from the small companies. Seeing that business was only getting worse, they had to do something about these cases and fast. Otherwise, business would only get worse. So they decided to do screenings on donors, and new donors so they could limit the cases of STD’s. The companies didn’t get business to start up as fast as they like so they started to advertise again. But other states (like Virginia) saw this struggle and started their own companies, and advertise, hoping that their companies could be as successful. But since this idea wasn’t fresh/new anymore, business didn’t boom like it used to.  So they moved onto a new idea, which would be “…retrieving sperm from dead men.” (pg.217) But that is a new topic that I won’t get into.

Since this is the last blog post, I would like to describe my view on childbirth and how it has changed in the duration of this book. When I first started off reading this book, I was 100% sure I didn’t want to have a kid in the future. Mostly because I was scared of not knowing how everything works; the doctor’s role, my role, and what was going on inside, obviously. But while reading the book, something has changed. Seeing how much the knowledge and the quality of the doctors has changed, I have become more comfortable with the idea of childbirth. Reflecting, I am glad that the idea of sanitation has been enforced, the role of women in the medical field has become more important and there are less chances of death due to complications. Although there are still some, the risks have gone down, along with my anxiety over childbirth. Overall, I have learned so much about the evolution of childbirth, the importance of experience and lastly, the importance of trial and error. In the end, I really enjoyed reading the book “Get Me Out” and I would recommend reading the book.

3 thoughts on “A New Meaning To Window Shopping -Karla. Ru”