The question I will be answering today is how have reproductive technology and knowledge of female hormone cycles changed the way the field of medicine approaches childbirth? When a women wants to become pregnant she plans around her cycle. The best time to get pregnant is during ovulation when the lining of uterus is thick and the egg has been released and is ready for fertilization. Ovulation usually occurs two weeks after the period. Every women’s cycle is different which came as a surprise to a lot of people. A women’s cycle can help determine what type of pregnancy is likely ahead of her and how her birthing experience will be. If a women’s hormone levels all remain the same  during her life she should have regular periods which come around the same time and last for the same amount of days with the same symptoms. If a women has irregular periods her periods may skip and have different symptoms and come at random times. This is likely caused by a hormone unbalance due to a factor such as a lifestyle change or stress. A lifestyle that could effect your period can include starting to exercise more, exercising less, eating better or worse. Most body builders and anorexics are known to lose their period because of the amount of stress they put on their body which can affect them in the long run. What scientist have concluded about this research is that there isn’t one specific way to have a “normal” pregnancy and delivery. Every women will experience something different and I strongly believe that doctors need to be ready for every single type of delivery/ pregnancy. Something that isn’t spoken about as much as other things during childbirth is how after you deliver your baby or babies that you have to deliver your placenta which is where your baby was developed and is so rich in nutrients. Some new mothers have turned their placenta into pills to help heal after childbirth and help restore their hormone levels. Something else some new mothers experience is post-partum depression after they deliver because they have felt a major unbalance in their hormones. some women feel so negative to their children that it makes them do things that they normally wouldn’t do and act completely different. Although the most common symptom is difficulty accepting that the pregnancy is over and some cant make an emotional connection to their babies. 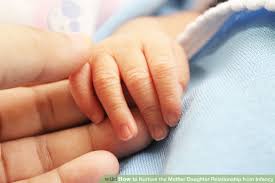 The most successful way for people who are having difficulties with conceiving a child to get pregnant is for the women to be artificially  inseminated with the mans perm during ovulation which is the most successful time for the pregnancy to work. in the case that it does work and an egg is penetrated by sperm most likely the women will have twins because of how precisely the procedure is and how much effort goes into making the pregnancy work. The problem with twins is most of the time they are born pre-mature and they lack nutrients because normally pre-natal vitamins are taken for one baby not two so measurements can be off. But 9 times out of 10 the babies are happy and healthy within a few weeks.