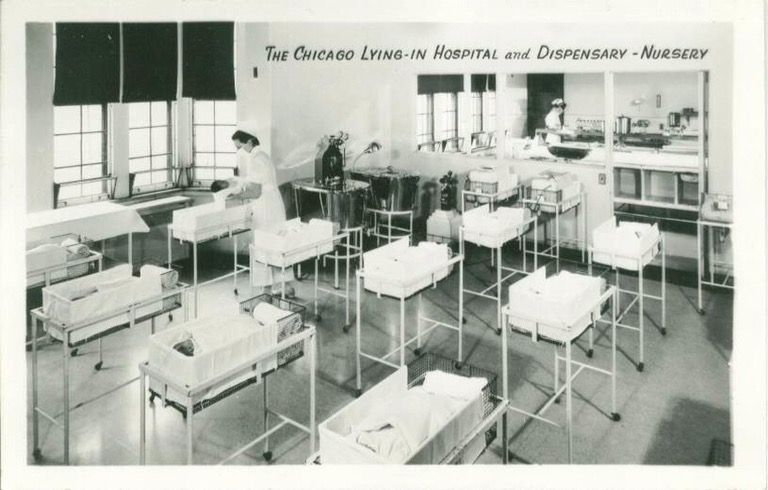 So once again I was busy and was only able to read a chapter of Get Me Out. Nevertheless, I will be as thorough as possible.

So currently the chapter I read was called “Leaving Home”. It describes a lot of not exactly scandalous, but definitely shady things as well as the rising of the Lying-In hospital, it’s evolution and how it started out.

The New York Lying-In Hospital opened in 1902, which was pretty much the pacesetter for what most Lying-Ins look like. At the time many women preferred their midwives to doctors. And honestly in the age we’re talking about I don’t blame them. Whole to the doctors they may have seen it as unhygienic, the pregnant woman must have preferred the familiarity of a midwife from their own country, who serves the, their own food, not something foreign that they may not be comfortable with. While with baby I remember how my aunt basically didn’t want to leave the house when the delivery date was near. She had an at home birth and she had said she liked it a lot. She had privacy, and she was comfortable. She loved that she didn’t have to leave the house for it.

On the other hand, doctors were probably better trained in case a woman needed a C-Section or would need a forcep to pull out the baby. The options are both logical, but with different repercussions.


The Lying-In itself at the time had more inexperienced people did they did actual doctors. And even then “Doctors” may not even know what they’re doing. One of my favorite quotes is this one:

Another reason why it’s understandable that women didn’t want to give birth in a hospital. But in the 1930’s it all changed. Well not all, but the doctors did get what they wanted.

“In 1900, 5 percent of women gave birth in hospitals. By the 1930’s, about half of all women and 75 percent of women in cities delivered in hospitals. And by the 1960’s, nearly every pregnant woman chose a hospital birth over a home birth. The dramatic shift has been portrayed as a successful campaign by obstetricticians, a fairly new specialty at the turn of He century to clamor int to bolster their status and push midwives aside” (pg. 65)

A rather nice way to say it. I think of it more as the doctors slandering them, as it was mostly mentioned in the beginning of the book.

“The early years of the Lying-In were a constant struggle for money.” (Pg. 66)

That was certain. For a while in 1827 the venture died. The Lying-In existed in name only. People held meeting occasionally and collected the funds.

Fast forward to 1890 when Markoe and Almbert decided they would “do better than e competition in New York”. They purchased a tenement and raised money by producing a show. They brought medical student to start their clinic by advertising the fact that they could study under them and test in heir hospitals. The real deal breaker was when Lambert’s dad met the president of of the Society of the Lying-In in 1882. Lambert’s father asked Duer (said president) to help fund his son’s clinic and he agreed by offering $2,000. After a few months though, one hung to another and they were absorbed into the Society of the Lying-In.

“With the support of the society, business skyrocketed. In the first years of business- -in the pre-Lying-In Society years– doctors delivered about 199 babies.” (Pg. 69)

After that things seemed to just get better and better. They bought a mansion to take care of more guests and such. Business was booming, employees were getting payed, they even attended to the poor women in the area, which they advertised as an act of humanitarianism. Funny thing about it was though:

“It was an odd schizophrenic response to the immigrant issue, as he ladies raised money to help the poor pregnant women and yet feared their proliferation.” (Pg. 73)

And so the press decided to snoop, and what they found did not help the Lying-In’s image at all. They reported that of course charity may be a part of it, but the majority of he money of course went to the “clinical material necessary for carrying on the business of medical teaching.” (Pg. 74)

You could say that money was given to the poor incidentally. And on top of that the students that were taught ere were not living in good conditions and were also not being suoervised much or really at all.

And because Markoe was rather intolerant, most people resigned. He said that “Everyone is replaceable.” (Pg. 75) After a while though he resigned as well.

And so the dream of helping a mass of local poor women deliver babies died for a bit. Though as one thing died, other things started emerging. While the home versus hospital arguments still hung in the air, home births were getting a good word in too now.


And so the chapter ends with that.

Honestly I ink that while home births are incredible and natural I would offer to deliver in a hospital. I know about too many things that could happen and I don’t want to be caught off guard at home. Maybe a mixture of both? Like a trusted Doctor that I know well and trust.