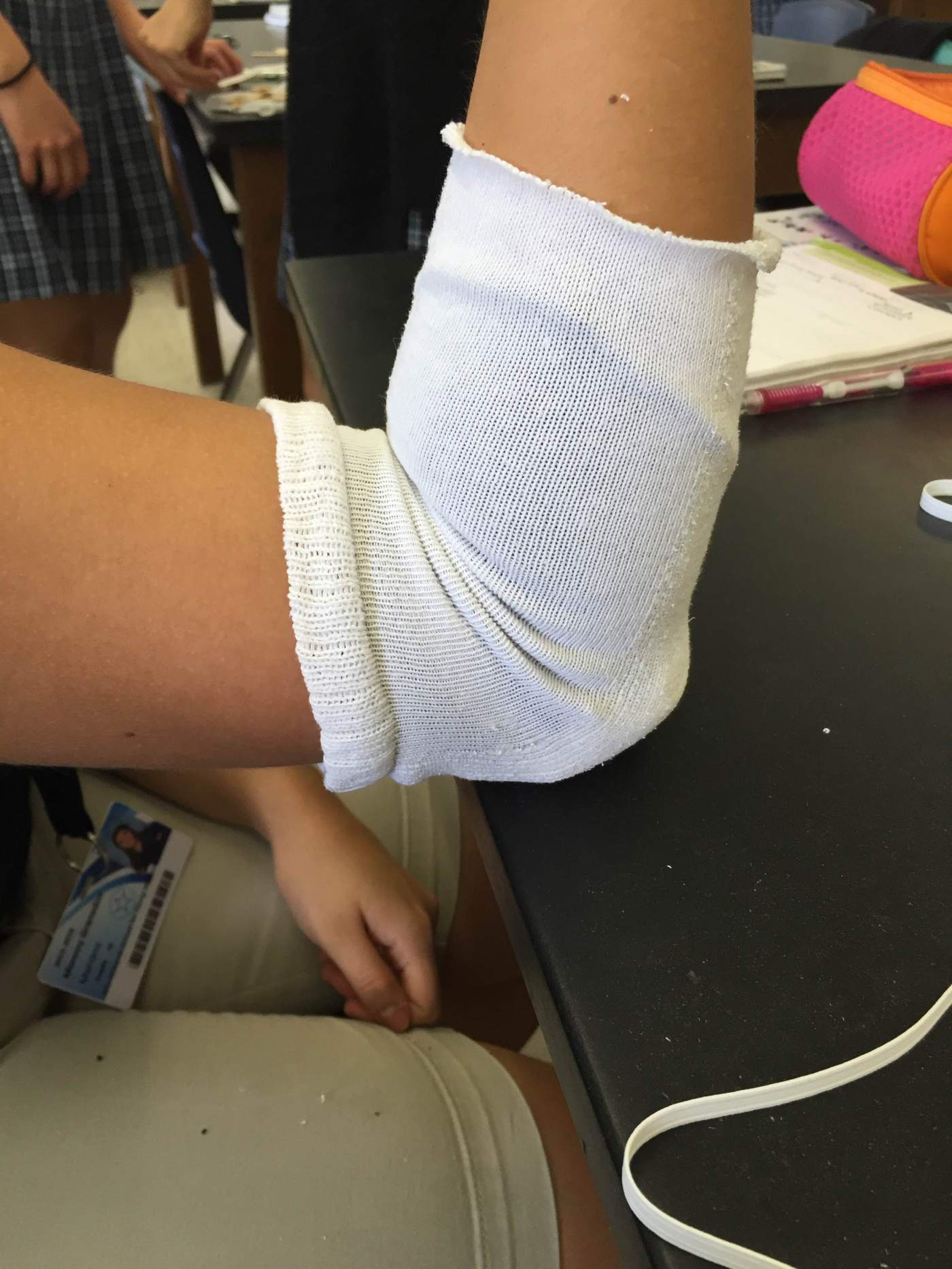 Recently our group POW (Protecting Others Worldwide)  has been working on figuring out what materials to use for their device and have also been working on our prototypes. We could tell right away that our group was going to have some problems with building the prototype. We all have individual ideas that we think are the best out of everyone’s in the group. The fact that we also have two very creative artists in the group, we tend to disagree on the design aspect and how the device will physically look a lot. Julia doesn’t see eye to eye with Eleanor on a lot of creative aspects.

Building the prototype was not as easy as it seemed. Because of some of the conflicts, the group divided into two little separate groups, one group was Adeila and Eleanor, the other was Mariana and Julia. So all together POW had two prototypes. There was a lot of trial and error that really helped Julia figure out how to make the prototype more protective. Julia added padding to her sleeve which was made out of a sock, and told Mariana to hit her elbow against the table. Mariana hurt herself, which meant that Julia had to add more padding. Although Julia hurt Mariana in the process, they eventually got the perfect amount of padding for the sleeve. After that Mariana complained of there not being enough compression throughout the sleeve. SO you know what Julia did? She added ANOTHER sock over the first sleeve (with the padding on the outside of the elbow).

On the other team with Eleanor and Adeila, they worked to include elasticity in their prototype. Lots of stretchy bands and tape were used to create their prototype. Two very strong elastic bands were added to the ends of their sleeve. Then there was some padding taped over the elbow for protection. On that day two similar prototypes were created but each had different aspects to them. The team came together and presented to each other their prototypes. Adeila complained that her sleeve that she had worked on with Eleanor was too tight and limited her movement. The team concluded that Mariana and Julia’s was the best one.

Base on the building experience The group had during last two class periods, POW has  decided to incorporate sewing into our future versions of our prototype because it will allow the device to be more sustainable and allow better support. POW doesn’t plan to use 3D printing because it will restrict movement, which is the one thing we don’t want to do. Throughout this process POW has learned that creating the prototype will include some trial and error. Trial and error is an effective system that we will use to be able to improve the device in order to meet the “wants and needs” of our customers.
In the past couple days POW also visited the Hancock Fabrics where we got to see all the different fabrics. We also saw a variety of fabrics ranging from cotton to spandex fabrics. According to Cyclist Ville spandex has some benefits in helping the body recover from fitness exercises by heating up the body and assist with circulation for a healthy blood flow. Its also very comfortable because it gives that “second skin” feel. Deadspin mentioned that it’s tight elasticity helps to better hold its shape, increase blood flow (which means better oxygenation of muscles), and improve performance. This information allowed our group to have a better understanding of the material that will really be essential to our product and allow it to perform the best. Some of the things POW also saw beside fabrics was different types of padding such as bra gel inserts and Sew Perfect Nu-foam. We all learned a lot from this experience. We learned what it takes to go from a concept to a prototype. More importantly we learned how to work together.