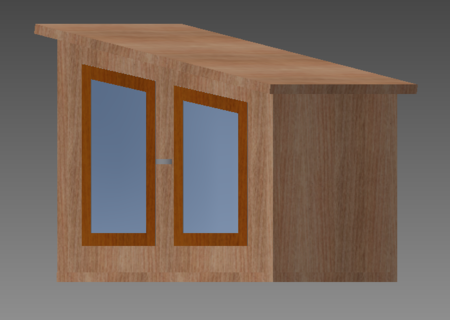 Hi! It’s Karrie from formerly Vertabend. As my teammate Jordan put it in her fabulous pun, we’ve switched spines. Get it? From spinal cords to the spines of books? (I’m not going to be over this one for a long time, so just bear with me).

So our Vertabend team has dismantled slightly–now it’s just me, Zane, and Jordan, and we’re going to be building a few Little Free Libraries (LFLs). These are small (well, okay, they’re actually pretty substantial) wooden boxes, often with a window or two, that house books that people can take for free (and hopefully return or exchange with another book). Jordan’s post has a good summary of the project and the concept of the LFLs

Our former Vertabend member, Zabdi, left a great comment on Jordan’s post–apparently Little Free Libraries are banned in (some) community zones due to competition from local libraries! I hadn’t thought about the regulations we might be facing if we’re going to install some LFLs around the ARS community… it’s something we’re going to have to investigate. But it was a great issue for Zabdi to bring up.

So far, we’ve been designing our own original LFL and researching the materials we’ll need. Luckily we have some money left over from the Vertabend venture, but we are slightly concerned about making it stretch, since we’re going to need a lot of plywood, especially if we’re building two or three LFLs. Last week we took a field trip to the MakerSpace with Ms. Jo to see what materials the school already has… and so far that includes just the power tools, wood glue, and some scrap wood, so we’re going to have to make a pretty big order from Home Depot soon.

Last Thursday, we finished our first draft of our 3D model in AutoCAD Inventor. Well, Zane made guiding comments about the design and dimensions while Jordan kept me from smashing my head through the computer (with love of course) while assembling all the components of the model together in an assembly. It had been three years, so I was glad that together Jordan and I were able to figure it out with our long-lost engineering design skills!

There are a few things we weren’t able to portray in the model (due to a deadline):  first, the bottom of the LFL extends outward .75″ on all the sides; we couldn’t do this yet since it involves more advanced assembly skills (like “offset”) that we are still digging up. Also, as you may be able to see, our doors have an “eye”, but no hooks. That will be tough to model, so it will remain to be seen if that will ever become part of the model.

It looks like we’re getting close to actually beginning construction! We’re going to make a tangible practice model in class on Thursday (our “no-technology” day), and if that works out we’ll place an order for plywood and head over to the MakerSpace to  the first-ever Ann Richards Little Free Library!

One thought on “Who Wants a Library? (Karrie N.)”