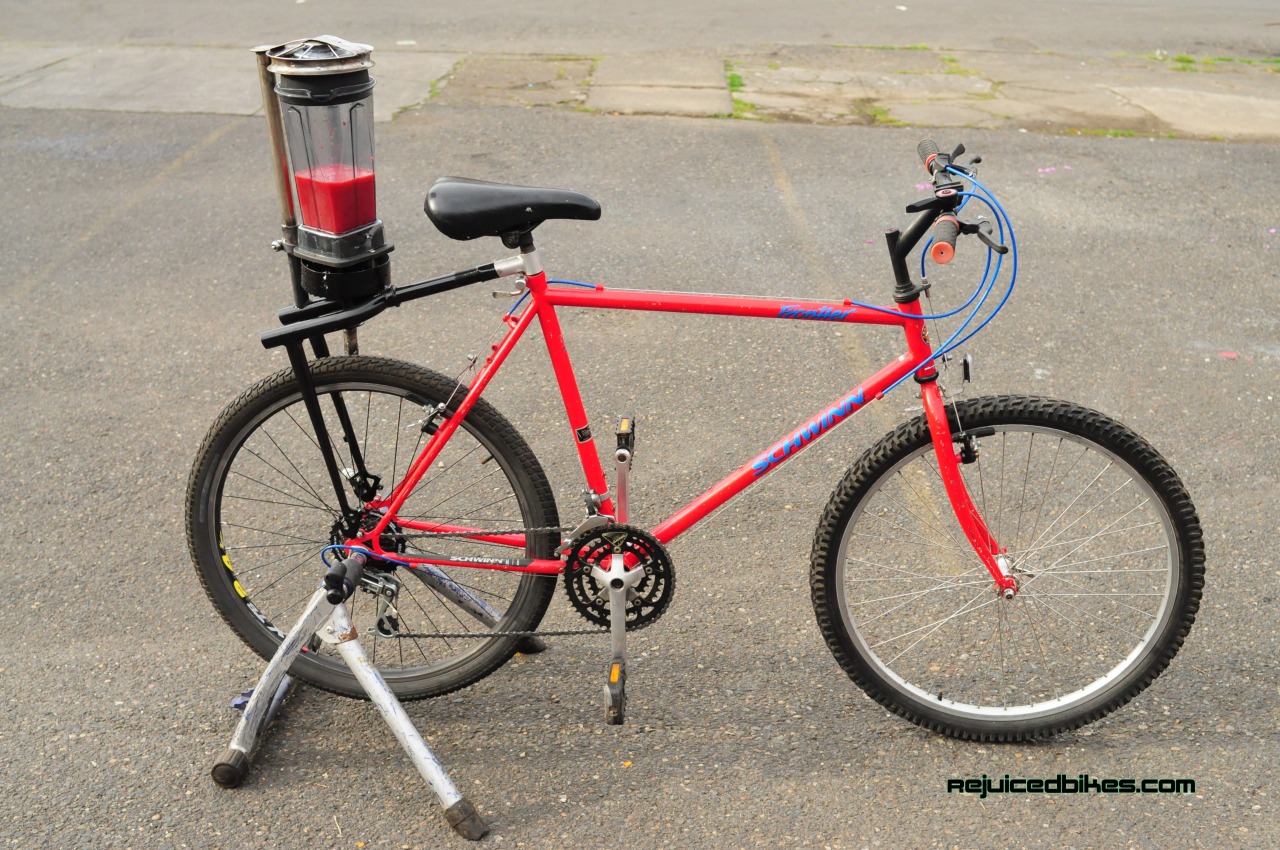 After long break the LynG Bath takes a new path. In our previous adventures we had planned to build and renovate a bathtub for the elderly or any other people who might need special adjustments. However we stumbled upon a budget limit and we were introduce to another societal problem. After the tedious task of trying to renovate a bathtub we stumbled upon creating a Universal Translator. Now you might ask, doesn’t that already exist? Well yes indeed, however do to the lack of time our task was changed, this meant that we could recreate something that already existed, being said all we needed was a prototype and some research. I must say we were quite exited until once again we faced a budget issues. Saddened we manage to not give up and came up with another idea. A bicycle blender. Now just not any bicycle blender, but specifically a smoothie blender.

The idea came after Ms.Jo our Engineering teacher suggested we looked into some her inspiring magazines. Which you might guess, we did and we stumbled once again in a great idea. As our group began to brainstorm we became much more interested. We planned our schedule and the materials we might need and the great success we could have it we could build a prototype to demonstrate on the Makerfaire. But not just that we even thought of incorporating our bicycle blender to our trailer from project Ventura that we had remodeled. And following our school missions statement “by solving problem creatively and ethically” which in this case would be helping students eat healthy and also helping other students work to raise money for their college. Meaning creating the Ventura trailer into a smoothie stand that would not only would allow students to work but also “live a healthy well balance lifestyle” by exercising while they pedal to blend their own smoothie. Making the smoothie blender stand into a creative entertaining stand.

After the endless brainstorming it was time to buy the materials, we decided to give a visit to Savers. When we arrived there however we weren’t able to find any of our materials. They had no blenders, and although one of our team members was going to donate her bike we were hoping to find one instead. But when we were just about to leave the store we found a body rowing machine. At first I had suggested to use it, I was just kidding but then we realize that it wouldn’t be such a bad idea. It had advantages, it was already stationary and was able to provide fitness to person. Unlike the bike that wasn’t stationary. In the end we decided to purchase it and make something somewhat different, rather than using a bike use a body rowing machine. We are now working on trying to incorporate the blender since the machine doesn’t have wheels that make full turns. We hope to continue our research and build our first prototype soon.