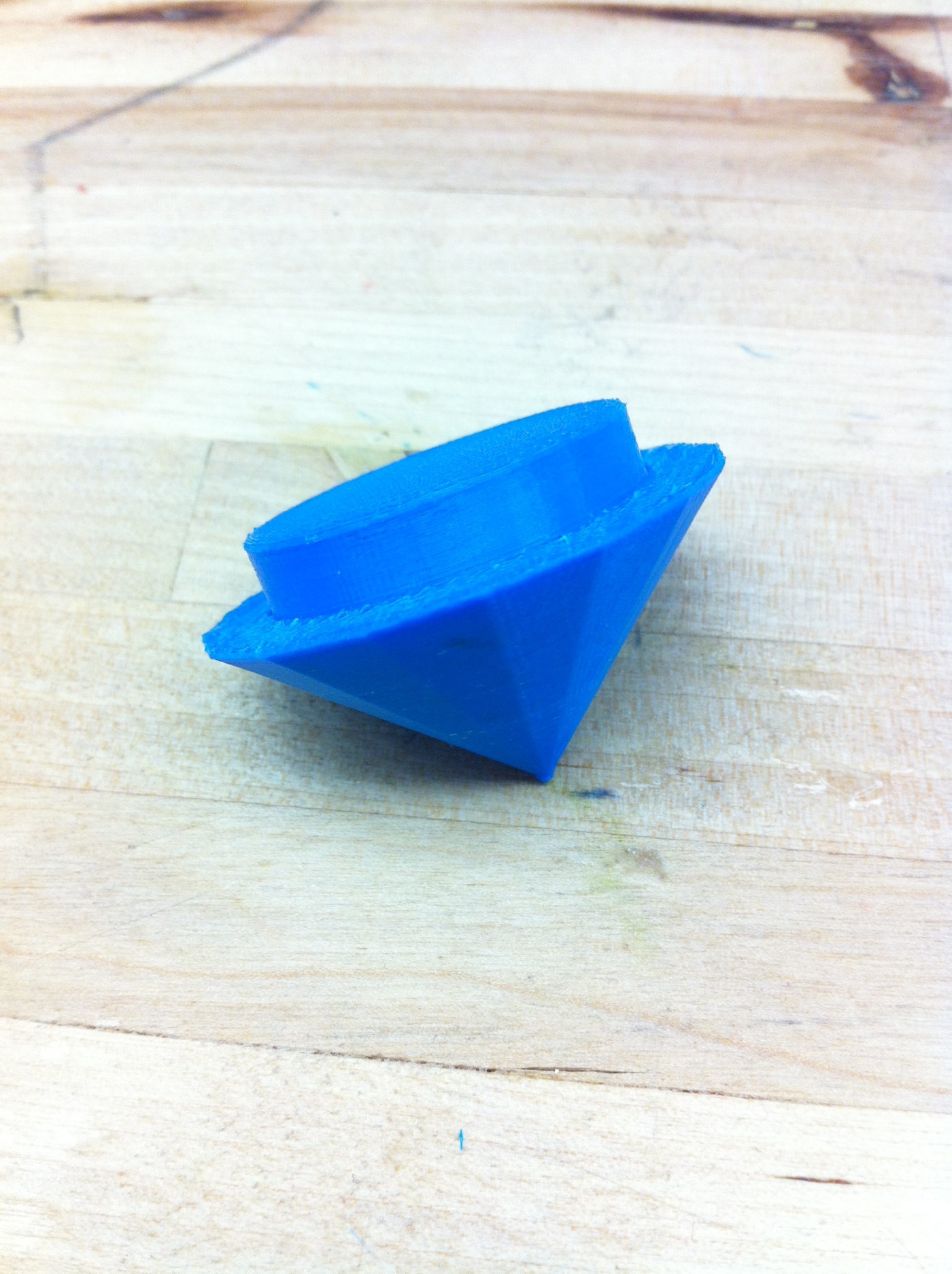 If we thought 3D modeling all the individual pieces was hard assembling them on Autodesk Inventor and in real life is another challenge in the Maker Cycle journey.

After solving this problem, we created an Assembly File on Inventor which allows you to import other files and constraint and join them together. With an Assembly file you can test that objects fit together properly and have a visual of the overall object and look. The Assembly file is an important step to test the look of the object, because since everything is still dimensioned the same can clearly see if there are objects that are too big or too small or do not look good with the rest of the object. It was surprisingly not as difficult as I remember it to have been, but then again the last time I used the assembly file I had more than two parts to assemble together. With a few simple constraints the two pieces were assembled together. Because this object is too large and because we need to be able to access the interior the body of the flashlight we printed three different files. Now you may be wonder why three, when there are only two pieces? Well because the body of the flashlight has the pointed end and we still needed to access the inside of the flashlight by removing the end and printing that as a separate file we could.

We had quite a few failed attempts at 3D printing that I lost count. Even after we decided to individually print the pieces instead of all at once, we still had one or two failed attempts. Eventually though we had successful printings, and to be honest I’m not complaining at the failed attempts, because now we have souvenirs.

The printing process finished, I realized that as amazing as 3D Printers are they can not print out threads. When the pointed end piece printed out it should have had small threads lining the bottom part that sticks into the flashlight body, but it didn’t. When the head of the flashlight printed out it also did not have the threads on the connector part and neither of the holes in the flashlight body that connect to the head and pointed end had threads. Though it is disappointing that the pieces do not function as screws to connect to one another, it is not a setback in the assembly. Without the threads it just now means that when the pieces are fitted into each other we will just need to add some super glue or something else of that substance. The best way to describe the physical assembly is that it is like arts and crafts with electronics. It is absolutely amazing. I don’t want to give away too many details at this time, because I want the final product to be a surprise. For now let me say that we have been creating circuits and enhancing the prototype with reflective material to make the LEDs shine brighter. Look for our future blog post to see our final prototype.

Till then shine bright like a Neon Shield Flashlight!