Never did I imagine myself being the one who would take things apart besides dissecting animals and doing research. As part of the Bio medical Pathway, we never dealt much with the mechanical stuff. Although this week we switched roles. Brianna and Amanda were designing the prototype, while Gabriela and I deconstructed a music box to get a wind up toy.

When we designed our prototype, we planned on using a wind up toy to get the breast pump to pump milk. Although we had to find where one of them, Ms.Miesner helped us out and got us a music box. Gabriela and I decided to start deconstructing the music box to get the wind up toy. We started to take apart the music box, piece by piece until we got to the wind up toy. Sadly, when we started working with device, we realized that the wind up was not fast enough to cause enough pressure to pump the milk out of the breast. After much working with the toy to try to speed it up, we began to brainstorm new ideas.

We began to research different ways that we could give enough pressure for the breast milk pump to work. According to, a study done by Medela research, mothers tend to pump more milk when different programs are used. Program one, is for mothers who are barely beginning to pump milk, and it is just to get them to start pumping milk. The other program they use is program two, which includes program one and two. Program two starts off slow and then speeds up the process of the pump so more milk is released.

In a Medela instruction manual, Medela presents what they use in order to get their pump to work, a powered electric circuit.  They show a diagram of the electrical pump and what is needed in order to make it work. As a team, we thought it would possibly be a good idea to use a motor. We are going to find a way to create a motor, and so far we have looked at videos for different ideas to create the motor. We will most likely be using a circuit and magnets to power this motor. Although, an obstacle would be trying to get all the materials needed. So far we are trying to see if we could possibly borrow a small motor from the Thinkery to test it out on the pump and see if we can get some results from that. We still have more research to do about getting the milk breast pump to actually pump, but hopefully the motor will be a better choice. 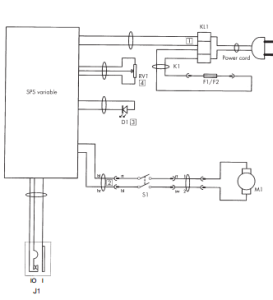 Taking on another role has truly been interesting! I realized that I seriously enjoyed working on the doing of the project because I am more of a hands-on person. Cannot wait until I get to play this role again! I really thought that I was better able to brainstorm while I was working with the wine up, because I was able to better brainstorm ideas with the object in front me. Well until next time, let me know if any of you have any ideas for the motor. Thanks!