We developed the idea that we would have an alarm system that would sound off when a parent left a child in the car. It would be triggered by weight and temperature sensors and it would sound off on a parents set of keys.

We came to a unanimous decision that this project idea was to saturated so we decided to change our course of direction, but not stray too far from our original idea. We have decided we will make a sensor 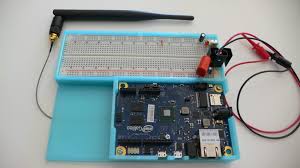 that sounds off when patients with a mental disease leave their wheelchairs.

When mental  are left unattended a nurse usually attaches a clip to his or her shirt so when they would get up an alarm will sound this doesn’t leave much room for self dignity but before this they had to watch a patient 24/7 to make sure they wouldn’t wander off. Wandering frequently occur in nursing homes and pose serious risks for residents and the nursing home, which can be held liable if a resident leaves without permission and gets injured.

wheelchair but they are supposed to be than an alarm will sound off notifying the nurses but not alarming the patients. The alarm system will have an on and off switch if it is on then someone should be sitting in the chair and it is off than it will not be activated. We will keep our idea of putting the alarm system in memory foam so that way it won’t be bothered and it can work effectively and serve as comfort for the patients.