Prototypes and buying materials for our prototypes are currently what Baby Beepers are working on. As a group we decided that the engineers of the group, Desiree, Rosa, and Carina were going to be designing an alarm on Autocat for the car seat and whichever one we like best and more reasonable will be used.  However in order for the alarm to actually be built the engineers will need wires and the breadboards. While the engineers were designing an alarm Stormy and I were searching for wires and even a temperature sensor that could be incorporated on the breadboard.

One of the items that was also mentioned above was the wires required to actually build the breadboard. The wires that were purchased were two different colors. The wires were one of the most important items that was needed for our prtotype to work. We are also talking about posssiblly investing in memoryfoam for the child as well as buckles for the carseat. However, we ruled out the buckles, because as a group we did not a want a buckle that was too complicated for the child as well as the parent too. Here are some of the possible buckles we were looking at from Hancock Fabrics: 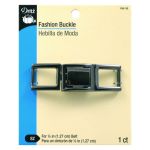 As our products have been ordered, as we wait, the engineering girls will continue to work on their designs, while on the biomedical side, Stormy and I will beign a more in depth research of the human body systems that are involved in a car seat. Which is why, our group discussed memory foam for the padding of the car seat, because the child should be comfortable as well and not sitting on hard plastic. Stormy and I will also try to help with the maufaturing and building of the prototype such as the breadboard which will include the alarm for the signal.